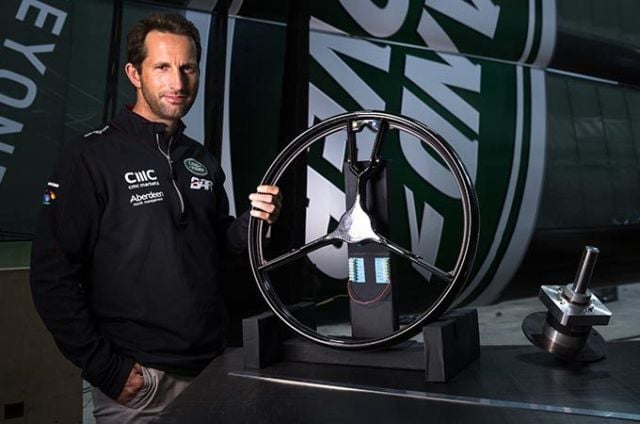 The wheel allows Skipper and Team Principal Sir Ben to ‘fly’ by adjusting the boat’s hydrofoils with greater precision for the fastest possible racing. He can lift R1, Land Rover BAR’s 2.4-tonne race boat, out of the water with a flick of his fingertips.

Just as an aerofoil helps a plane into the sky, hydrofoils lift a boat out of the water. The Land Rover steering wheel turns the boat left and right as it would on a car, while the gear shift paddles control its height above the water by controlling the lift from the foils.

Land Rover’s Human Machine Interface engineers spent 18 months developing the wheel that will lift R1 above the water at speeds above 50 knots.

As Louis Vuitton America’s Cup World Series champions, Land Rover BAR head into the qualifiers for the 35th America’s Cup with a two-point head-start over the remaining challengers. The team begins its challenge for the America’s Cup on Friday 26 May against Artemis Racing of Sweden.