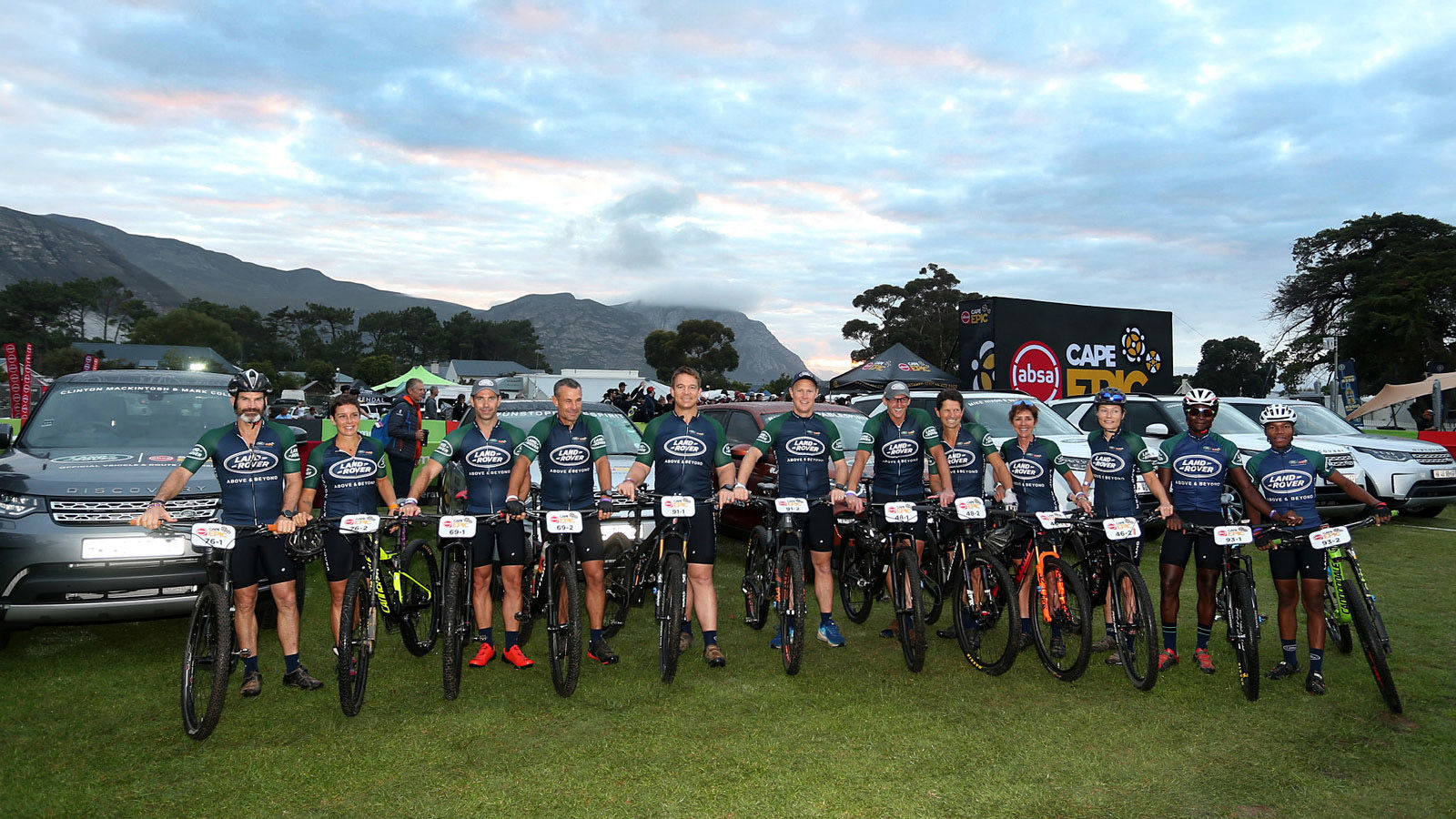 Every member of Land Rover’s star-studded team successfully crossed the finish line at the 2019 Absa Cape Epic on Sunday. The 16th edition of the world’s toughest mountain bike race threw its worst at the six teams of two, but all 12 riders persevered through the grueling conditions and came home with honourable results.

Each of the 12 riders completed the event’s 630 km total distance which was spread out over eight consecutive days of leg-torturing mud, sand, rocks and dirt. With a route threading through the Cape’s mountainous landscapes, riders also endured a total of 16,650 m climbing – over 3,000 more than the tough 2018 race. 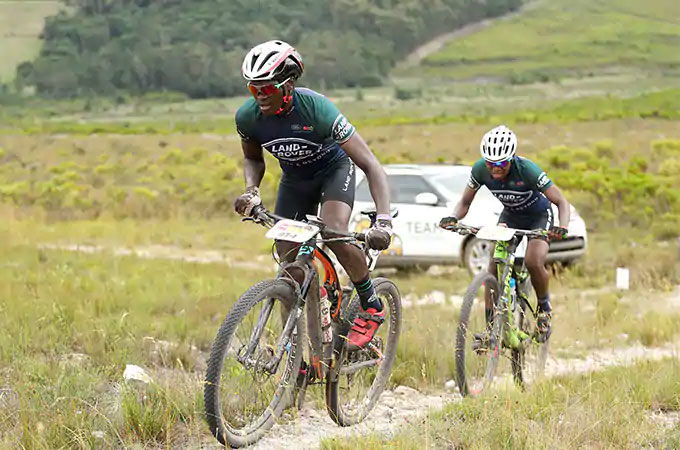 Marc Erasmus, Absa Cape Epic Sponsorship Account Manager, said: “It takes around 18 months to plan the Epic’s route and the capabilities of the Land Rovers we were fortunate to have access to formed an integral part of the success of this year’s race. Scouting the various areas we went to in preparation for this event wouldn’t have been possible without Land Rover.”

Riders Sithembiso Masango and Mboneni Ngcobo rode at the sharp end of the pack all week and came home in 45th place in the top-tier Men’s category. More impressive was their result of 56th overall out of 597 teams.

“I speak for myself and Mboneni when I say we’re honoured to compete at the Epic in Team Land Rover jerseys,” said Masango at the finish. “We pushed ourselves to the limit and we’re proud to have a top-50 result to show for it. Competing here wouldn’t be possible without Land Rover and we’re thankful for the opportunity.” 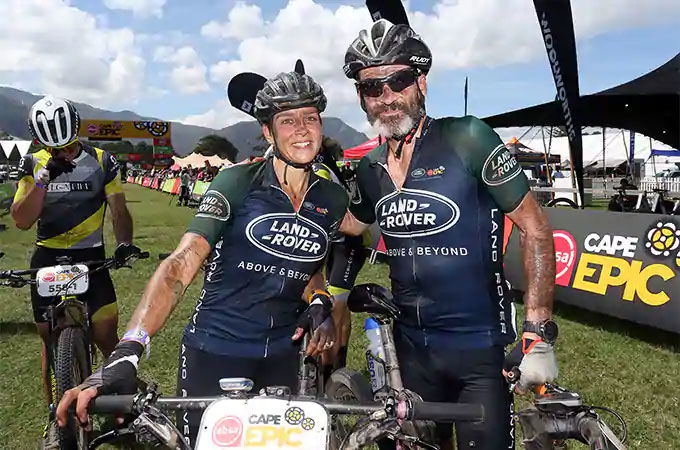 Husband and wife pairing of Martin and Jeannie Dreyer were next home in 101st position overall, but earned an outstanding fifth place in the Mixed race for male/female teams. The Dreyers are respected adventure athletes who now have 12 Epics under their belts. “Just finishing this race is an accomplishment,” said Martin. “It all boils down to capability. It’s a skillset that you develop over a long time. If you’re not capable you won’t handle this terrain.” 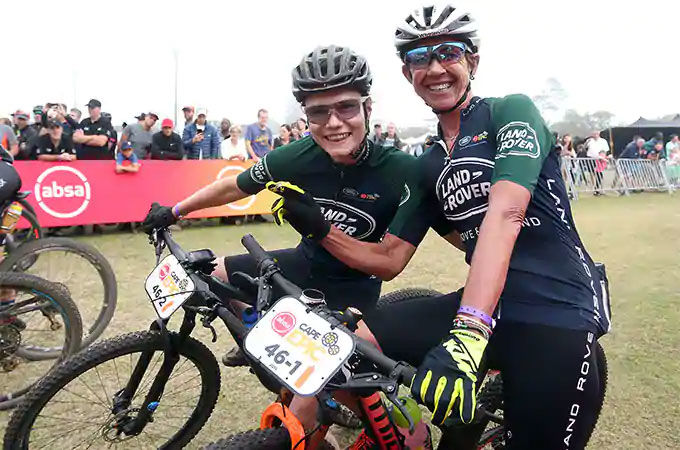 Finishing an incredible eighth in the Women’s class and 249th overall were Hannele Steyn and Katja Steekamp. With her result at this year’s Epic, Hannele retains her title of the only Last Lioness in the world as she’s the only woman to have finished every Absa Cape Epic to date. “This is a team event,” said Hannele. “There’s no riding solo. You can’t cross the line without your partner and I’m so thankful Katja and I could ride together for Team Land Rover. We were there for each other every minute and picked each other up when we needed it most.” 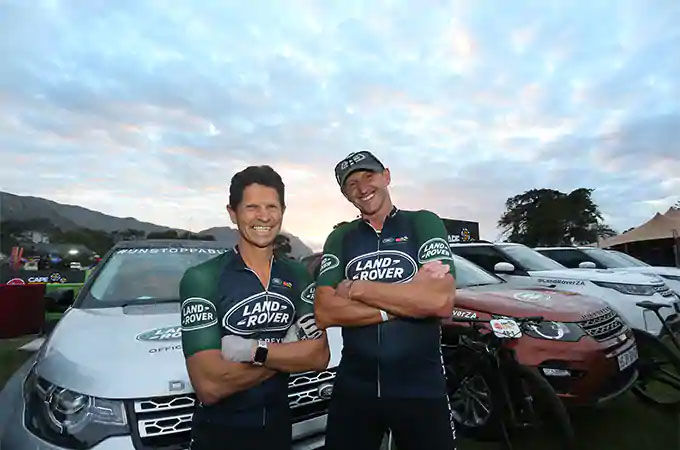 Last Lion Mike Nixon, one of only three in the world, finished in 29th place with team-mate Shane Barker in the Grand Masters category for riders older than 50. 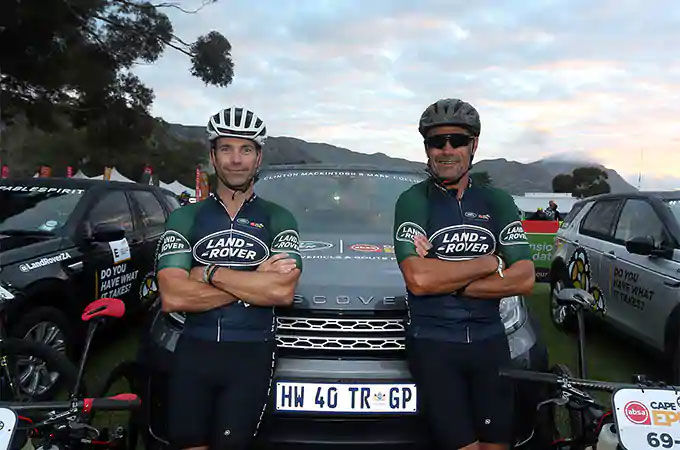 In the Masters class for riders older than 40, Clinton Mackintosh and Mark Collins brought home a respectable 35th position. 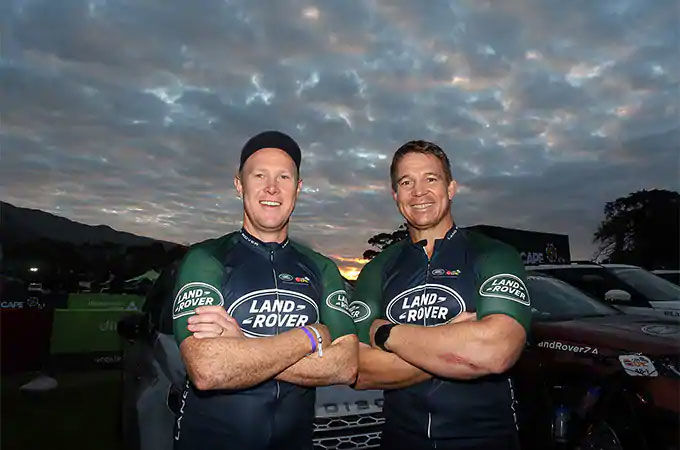 Tina Pienaar-Smit, Sponsorship Manager, Jaguar Land Rover South Africa and sub-Sahara Africa said: “Words cannot describe how thrilled I am with our team. Seeing the anguish on our riders’ faces as they tackled this notoriously tough race over the past week, and then the look of sheer elation as each of them crossed the finish line makes me, and Land Rover, extremely proud. This race is a test of capability, and just like our cars, our riders performed admirably.”
yt:Lf1ZCg5FbHE

BOOK AN EXPERIENCE DAY
Experience Land Rover's all-terrain capability at first hand
Global Driving Centres - Land Rover Experience
BOOK A TEST DRIVE
Arrange an on-road test drive through your nearest dealer
CONTACT US
You can contact us by phone, online or via our social networks
Contact Us - Customer Relations - Land Rover
KEEP ME INFORMED
Sign up for all the latest Land Rover news